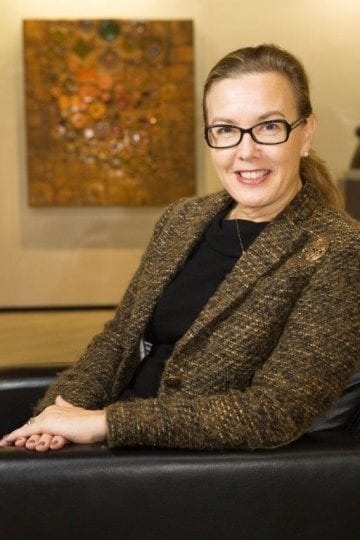 The digitalisation of logistics and port processes has the potential to massively streamline supply chains and improve the sustainability of existing infrastructure. This is an indisputable goal of macroeconomics.

In reality however, port authorities and the logistics companies working within ports have very different perspectives on how best to improve efficiency. For the port authority, the most important question is how digitalisation will change the role port authorities play in business.

The representative of Finnish ports, Finnish Port Association, held a poll among its members this spring where questions gaged the preparedness of ports to move to a system with digitalised processes and services.

Traditionally the port authority acts as a caretaker of the port and as the governing body, part of which involves improving the functionality of ports. Practically the first decision to make when considering digitalisation is which parts of the port’s infrastructure should be opened up to the service provider. Data sharing is specifically directed, and can be done bit by bit. In this situation the port authority doesn’t necessarily plan on offering digital services itself, rather offering an open interface for other service providers.

The port authority can of course digitalise its own internal processes, such as the handling of finances or its communication with others in the port community on health and safety.

In goods handling however there can be used automation and some degree of robotisation to accelerate goods handling services and improve the efficiency of loading and unloading ships.

At big ports or ports with long internal distances, internal transportation can be optimised by improving how data is shared, which these days is logical to do digitally. Measuring the emissions of greenhouse gases in ports and collecting data digitally creates possibilities for directing ships around the port area in a way that minimises particle emissions affecting the nearby city. Similarly, traffic arriving in the port over land can be optimised by digitally providing each transport with a time slot and the most efficient route into port.

All of these examples can be brought into use rather quickly. Clearly the more demanding task for port companies is to consider what customer value the port authority can provide to the final user, that is, the shipper in a transport chain and passenger of a shipping line using the port. Understandably it is most natural to develop the fluency of transport in ports (on land as well as sea side) and focus efforts in one area, with the help of other companies. While this business plan makes sense, it takes a lot of time and requires a great deal of trust between partner companies. In digitalisation projects it’s important that a customer relationship can develop into a business partnership.

It’s clear that companies’ abilities to invest are in a very different situation and the interest in digitalisation services has not developed at the same pace either. I think it’s also clear however that the port authority undoubtedly has a comprehensive interest in developing port transport to move fluently. One factor slowing down the digitalisation of ports and logistics is that the economic viability of investment doesn’t fall into the traditional service tariffs of ports. That should not be the case just for the reason that f.ex investing in 5G-networks is a port area it is about investing in infrastructure. A very typical role of port authority and covered by infrastructure charges in the tariffs of ports.

The data sharing happening in supply chains and the development of new digital services requires compatibility and teamwork between multiple businesses, even when technically the project involves open data services. Business partnerships develop between those who have interests and resources in common with which to invest. For this reason it pays to be careful that also smaller ports have the opportunity to be involved in the development of digitalisation.

What does the digitalisation of ports and logistics hope to achieve? Finland’s long coast and scattered port network, long distances and small supply chains give an advantage in marine transport as half-loads can be combined, supply chains made more efficient, the emissions of transport reduced, infrastructure used more effectively, and the development of new business opportunities for port companies. The increased productivity in logistics will come when the entire transport system works together digitally.

I believe that in the development of digitalisation, the journey is more important than the destination. Ports have to consider with their partners when and how they want to take up opportunities. Not everyone has to make the same decisions, because ports can work in very different ways. Either way the goal is that Finland’s 24 port companies and industrial ports are well connected in the near future, as befits the country of Nokia.