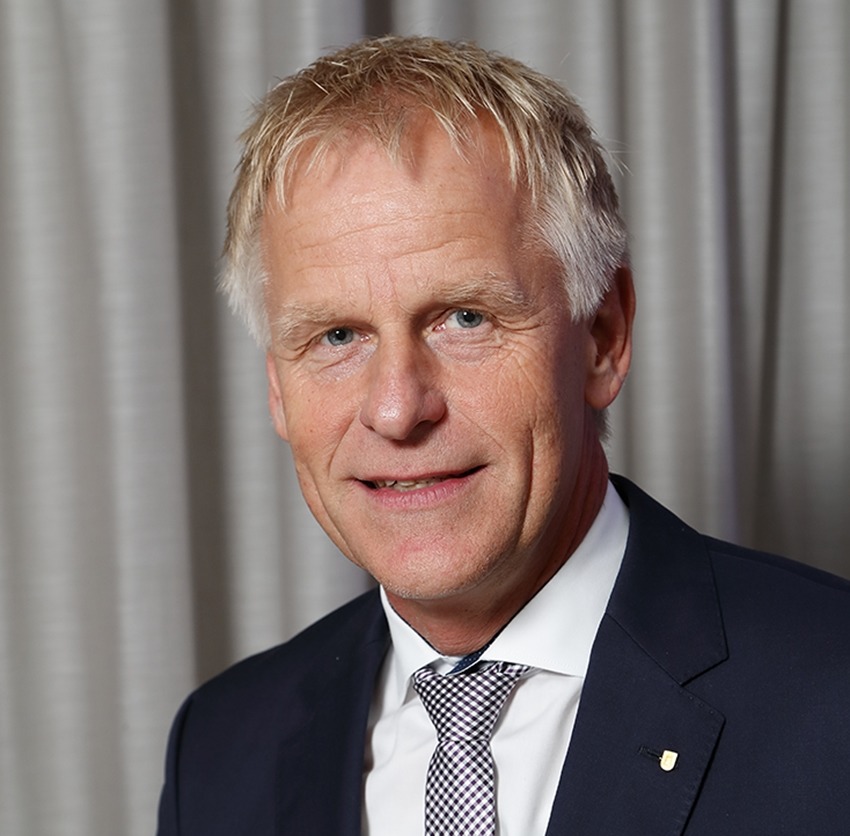 As chairman of the Port of Hamburg at the mouth of the North Sea, Jens Meier oversees Europe’s third-busiest maritime point of entry after Rotterdam and Antwerp. Known as Germany’s “Gateway to the World,” Hamburg is also the planet’s 15th-largest port, handling about 10 million cartons annually.

Celebrating its 830th anniversary on May 7, the Port of Hamburg is firmly established as one of the Europe’s most viable commercial and cultural hubs, a source of pride and emulation among the continent’s maritime cluster.

The 52-year-old executive with a background in computer science and sports keeps the port humming through a time-honored philosophy: 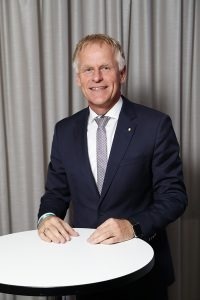 “My approach is always one team, one success,” Meier said during a recent interview at Breaking Waves 2018 in Helsinki. “There is competition, but you can only survive in the worldwide competition when you cooperate with partners with fair trade in an environment that must fit.”

To that end, the Port of Hamburg has teamed with Finnish multinational telecommunications firm Nokia on 5G technologies as a way to address the future.

“We’re thinking ahead with that with Nokia for the next 10 years,” he said. “We have to work on that step by step. We cannot stop. It will never come to an end, but I like this kind of sporting competition. You can only win as a team. You cannot fight as one port or one company. It’s the clever combination of expertise and letting some new ideas in.

“We stay competitive because we are not dependent on one client, one market. We learn there progress working in a fair-trade mode, and working together in a partnership.”

That is why Meier said he enjoyed participating in the Breaking Waves think tank that was part of Slush 2018, the world’s largest start-up convention. He said the continent’s maritime leaders were able to come to a consensus about the need to work together.

“Many in the think tank saw that teamwork is there in the European cluster,” Meier said. “Think tanks like this help you keep the trust up. Trust increases over time and when you have such meetings and learn each others’ behaviors, you become friends and friendships leads to close partnerships. I believe that is one of the good factors for the future.”

For example, Finland’s healthy maritime industry could continue to prosper through international cooperation. “I think the Finnish shipping industry does it very well,” he said. “They are familiar with cruise vessels, and special ships like icebreakers and so on. I think to keep this level of competition high in Finland, go in a cooperative way with ports like Hamburg to exchange knowledge.”

Meier said one of the most beneficial outcomes of the think tank was shared information that will help reduce the shipping industry’s carbon footprint in the coming years. By reducing traffic jams and the amount of empty trucks around ports, as well as deploying smaller vessels to meet the demands of modern supply chains, ports may become more efficient for the future.

“We have a big change coming in the industry from supply-chain management,” Meier said. “It’s no longer a chain. It’s more like a supply community.”

He explained that if a consumer wants a sweater, it might no longer come from a central warehouse, but from instead culled from a local store to create a new way of solving delivery logistics.

“The target is always to make the consumer happy,” Meier said. “If you get something out of China, you don’t care via which port the container is coming in. You don’t care about which logistics company will serve it to you as the end user. You are interested in when you can receive the parcel at home.”

Meier said he also foresees better technology and an influx of young minds such as those attending Slush as means to a brighter future for the shipping industry.

“We have to bring in younger people,” he said. “What do they think of the future, customer and consumer behavior and what the future will be? We must combine our expertise with their views of the future.“